The Nigerien security at Ingall Department in Agadez city, Niger, have intercepted loads of AK-47 rifles, RPGs, and other weapons smuggled in Toyota Hilux vehicles coming from Libya en route to Nigeria.

A source that spoke with SaharaReporters disclosed that the smugglers were on their way to Nigeria and would have accessed the country through the North-East before they were caught by the security.

The source further stated that four arms smugglers and were apprehended with arms including 77 AK-47 rifles, 7 RPGs, 30,000 rounds of ammo and two rocket launchers.

“They were headed for Maiduguri Nigeria, through Agadez before they were intercepted and we suspect that they are those who supply arms to the Boko Haram terrorists.” 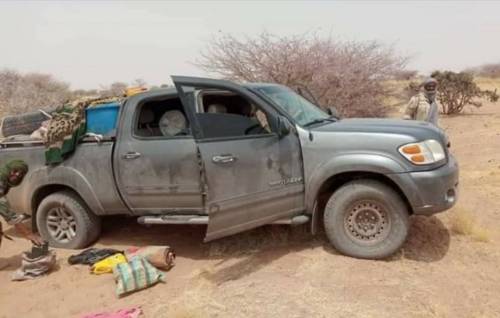